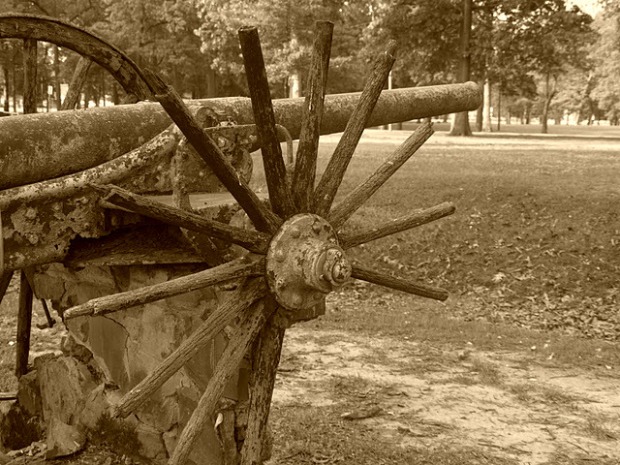 On May 14, 1863, Union forces invaded Jackson and battled with Confederate forces for nearly 5 hours.  During this short battle, Union troops suffered 250 casualties while Confederate troops suffered 800.  Being overpowered, the Confederates retreated to Canton.  Union forces would return to seize Jackson several times during the civil war, turning the gleaming capital city into a town of ashes and ruins.
One of the sites of activity during the civil war was Winter’s Woods (now known as Battlefield Park).  While it was a wooded area during the war, this site was acquired by the City of Jackson in 1927, and is now a center of recreation complete with 12 tennis courts, swimming pool,  basketball courts, playground equipment, pavilions, baseball fields, clubhouse, and an open field that is ideal for soccer.  As for the trees of Winter’s Woods…well, they’re still there too.
Written by Curnis Upkins, III
Sources:
Mississippi Civil War: A Narrative History by Ben Wynne
Jackson: The Capital City and the Civil War
http://mshistory.k12.ms.us/articles/337/jackson-the-capital-city-and-the-civil-war