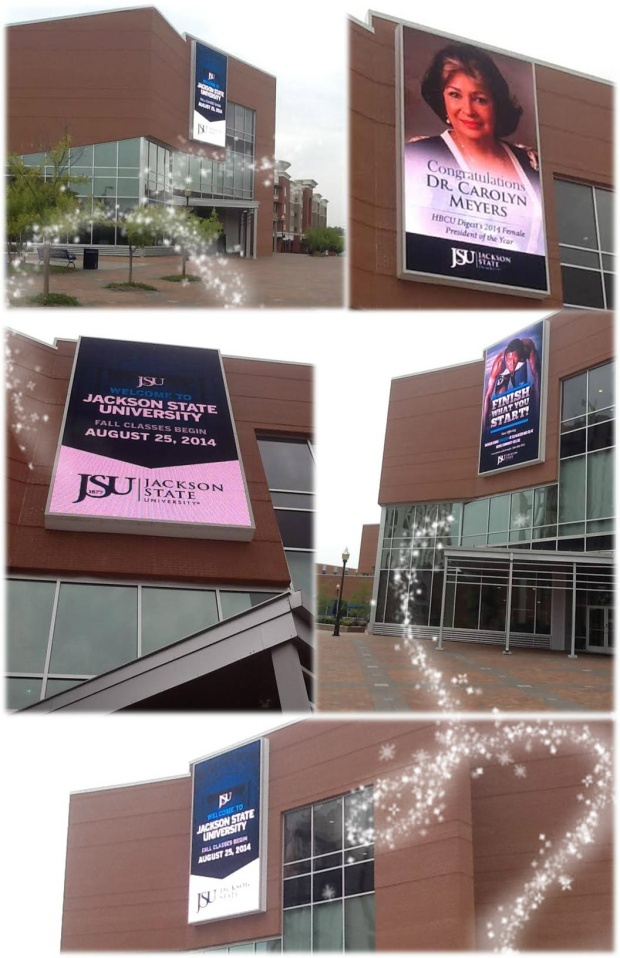 Over the past week, JSU installed a large electronic billboard on the Student Center and it is helping transform the intersection of J.R. Lynch St. and Dalton St. This corner encompasses every aspect of a modern city including plazas, restaurants, apartments, shopping, and now an electronic billboard. If you blink, you may think you are in Times Square!

JSU President, Dr. Carolyn Meyers is leading the university into a more technologically advanced campus. The billboard is just one example of her vision. Recently she was named HBCU’s Digest Female President of the Year.

“Dr. Meyers for the last two years has really etched out a strong case for how HBCU leadership should go,” Carter said.

“She has been strategic about enrollment and technology and she hasn’t been afraid to go out and get the resources to make this happen. She was a runaway choice this year.”

Dr. Meyers lead Jackson State to record enrollment last year and opened a campus-authorized Apple store, the first in Mississippi and one of few in the country. The university also continued implementation of the nation’s largest freshmen iPad initiative, which provides all first-year students with iPads to help with coursework.

The corner of Lynch and Dalton is the hub of Jackson State University and the place to be, so go check it out!