This year, Heather Wilcox, Neighborhood Development Assistant for the Center for University-Based Development at JSU and Ph.D. student in Urban and Regional Planning presented, “The West Jackson Blog: Making Positive Transformations One Story at a Time.” She has been administering the West Jxn blog for almost two years and believes the blog is a positive force for West Jackson and she wanted to share some of her findings.

The poster competition was critiqued and scored by several local and state affiliates and in the end, the West Jxn Blog placed third in the competition. Judges were looking for creative and innovative ways to help build and shape communities and they believe blogging can be a useful tool for community development.

History & Background about the blog
In May 2010, Dr. Kimberly Hilliard & Curnis Upkins III began the West Jackson Blog at http://www.westjxn.com. Over the years residents and stakeholders in the community began to see their community described on news media outlets in negative ways. Soon it seemed as if the only things happening in West Jackson were negative.

However, West Jackson residents knew better. They knew the rich history that was authentic, unique and could not be replicated anywhere in the world. They knew the totally awesome neighbors who were volunteers, servers, and ministers. They also knew all the great deeds happening. And none (or very little) ever made headline news stories. Since the West Jackson Blog was created, we have found that people want to hear the positive things happening in the community. One empirical way of determining this is by tracking the blogs viewership.

Findings
The Blog has grown its viewership exponentially over the past four years and to date the blog has had over 60,000 hits and has over 4,000 followers. The West Jackson Blog is one way to effectively tell the West Jackson story with all its wonderful components. From the rich history, to the active neighbors, to the long standing businesses and giving churches the blog allows West Jackson residents to showcase their neighborhood and how proud they are to be a West Jacksonian.

Also if someone is considering moving to the area the blog allows them to see all the great things happening in and around our community.

In the end, no one can tell your story better than you.

Future
The West Jxn Blog is the communities blog and CUBD is looking to expand its usage by featuring more stories and by having each neighborhood association have its own link. We will include pictures of each neighborhood, boundaries, and elected officers.

There are great things to come. So if you have ideas for the blog or want us to feature a story or event, just email Heather @ heather.a.wilcox@jsums.edu.

Below are the posters that won first and second place in the competition. 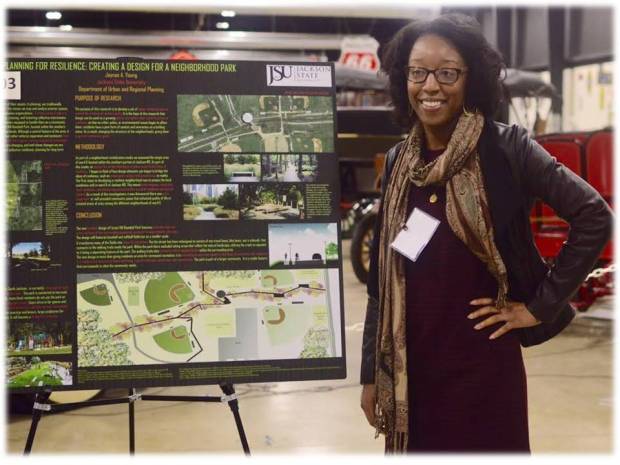