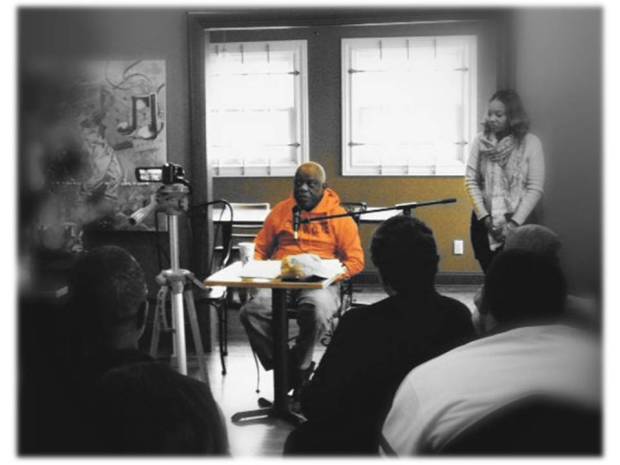 This past Friday, also known as “Friday Forum,” people had the opportunity to hear from Dr. Bill Cooley. Although he was one of the primary leaders in creating the Friday Forums, this was only the second time he has spoke to the group in seven years.

By 9:00 the coffee house was packed with fans and there was only standing room for those who were late.

Dr. Cooley is a very funny man and he began by cracking a few jokes to loosen up the crowd. After the crowd laughed, they tuned in to hear his vision for business development and West Jackson.

He said there are three core goals for development:

He then shared seven ways to go about accomplishing the goals:

1. We need one person whose job it is to get West Jackson to work together (Ombudsman person – who lives, breathes, dreams about West Jackson)
2. Motivate JSU Academic Deans to be more involved in the community
3. Create climate of trust
4. Develop culture of inclusion
5. Saturate West Jackson with young people – make it a nice place to be, live, work
6. Make Jackson run blue and white – the whole city should support JSU to be the prime marketing and ‘pride’ factor
7. Make banks more open to West Jackson – lending, buildings, support programs

Lastly, he shared some projects that he would love to see in his life time:

At the end of his vision, he gave out two outstanding community awards. One went to Patty Patterson for all the work she does in West Jackson and the other went to Lee Harper, owner and operator of Koinonia Coffee House. He believes these women exemplify what it means to be a community organizer and activist.