Mrs. Clara Collier is a 1978 graduate of Jackson State University and is retiring as Assistant to the Director for the Center for University-Based Development after 38 years of service. Three months before she received a Bachelor of Science degree, she received her first offer for employment at JSU. Since that time, she has served under eight presidents as Secretary in the Offices of the Vice President for Administration, Internal Auditor, Title III, Fiscal Affairs, Economic Development, and Local Governmental Affairs.

She was the first Events Coordinator at JSU and was integral in the renaming of Terry Road to University Boulevard. In addition, she was lead organizer of the annual Heritage Mix & Mingle, highlighting the communities in West Jackson. She also helped organize and communicate with all residents in the community.

Mrs. Collier is a member of Greater Fairview Baptist Church, and her favorite scripture is Isaiah 41:13, For I the Lord thy God will hold thy right hand, saying unto thee, Fear not; I will help thee. She has been married to Billy Collier for 32 years, and they are the proud parents of three JSU graduates: Benita, Natarica (Akei, Sr.), and Jennifer (Donald), and grandparents of SaMya, Natalee and Akei, Jr.

Mrs. Collier will truly be missed. We had a retirement party for her and below are the pictures from the event. 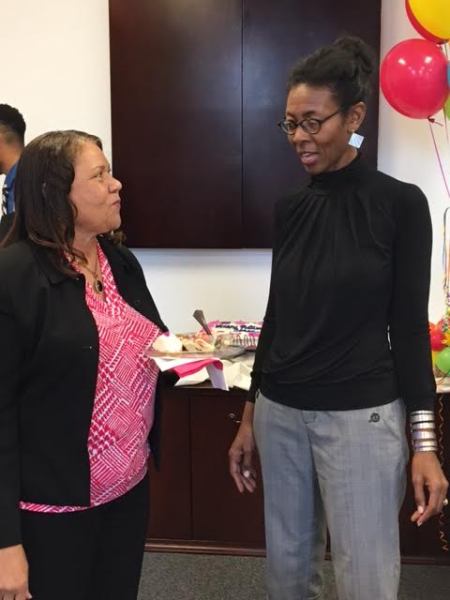 1 Comment on Mrs. Clara Collier Retires After 38 Years of Service