On Wednesday, October 5, over 100 students from Barr Elementary participated in Walk to School Day. Parents, teachers, students and community partners gathered in front of the Boys and Girls Club on Capitol Street and walked five blocks to school.

Walk to School Day is a global event that involves communities from more than 40 countries walking and biking to school on the same day. This event has become part of a movement for year-round safe routes to school with thousands of schools across America participating every October.

The City of Jackson helped organize this event and this is the second year they have participated in Walk to School Day. The Jackson Police Department blocked traffic while the students were able to walk in the street and interact with each other while walking to school. All students from Barr Elementary either walk to school or get dropped off by car, however today was a special day because over 100 children walked to school together.

Once the students got to school they helped paint the crosswalks in front of their school with different animal prints.

The event also featured a special announcement from the City of Jackson and the Mississippi Department of Transportation (MDOT). MDOT received a grant of $650,000 dollars to do sidewalk improvements on Capitol Street from Prentiss Street to Green Avenue. Most of the funds came from Safe Routes to School and the City of Jackson provided a twenty percent match.

The grant will remove broken sidewalks and replace them with new sidewalks on both sides of the Capitol Street. The improvements stretch 8 blocks of Capitol Street and will include new ADA compliant ramps, painted crosswalks, and up to date push buttons for the traffic lights. This plan was approved by the city council last night and should take 6 to 8 months to complete.

Check out the pictures from the 2nd Annual Walk to School Day. 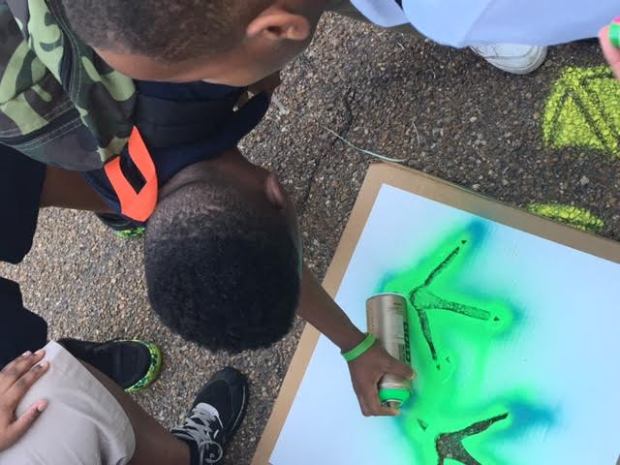 Students painting the crosswalks in front of their school.