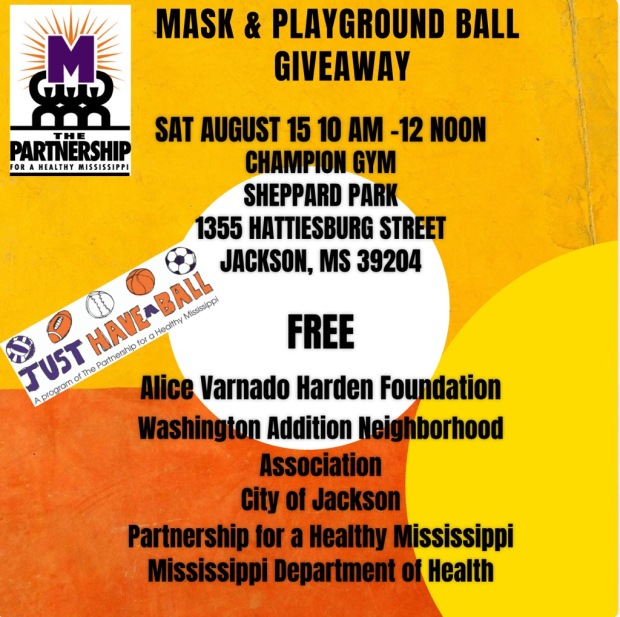 Just Have A Ball is a 501(c)(3) nonprofit organization that raises the awareness of play as a way to combat childhood obesity in Mississippi.

Youth Philanthropists Wilson and Hartwell Furr, two local Jackson, Mississippi, who were 9 and 7 years old in 2008 when the idea was hatched, started the program. They wanted to fight childhood obesity and make Mississippi healthier in some way; and they felt that really all kids need was just a ball and a place to play to increase physical activity time. With the help of the community they gathered balls, and distributed them out to schools that needed them. They collected 138 balls in 3 days.

Within 2 years they distributed more than 10,000 balls to 25 elementary schools. Eventually, the program began to be too much on the kids that the Furrs decided to turn the program over to The Partnership for a Healthy Mississippi to run the daily operations.

The Partnership took over the program in 2010 and to date over 30,000 balls have been distributed to mostly underserved children in 30 of Mississippi’s 82 counties. The program is funded through fundraisers, private donations and grants.